This was a tough decision just to make a simple post about, much less an entire scrapbook, but for now I’m going to post about Christopher Walken. C dubs (nickname i just made) is simply put: a very good actor. I think the reason I enjoy his work so much is because I’m fascinated with his mannerisms and his melodic, yet almost staggered speech pattern. Whenever someone says Christopher Walken, I think of that scene from Catch me if you Can, where Walken is talking to his audience and tells the story of two mice falling into a bucket of cream. And just how he pauses randomly in his speech has become part of his iconic voice. No it’s not as “distinguished” as Morgan Freeman’s, but I believe it is still under appreciated. Walken has a gift of being able to tell tales. And I’d like to see him do some sort of narration even if it’s only for a segment of a documentary. Pic below. 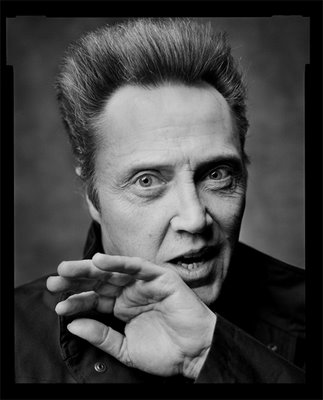 Welcome to your brand new blog!

This is a sidebar and can be changed in Widgets in your dashboard.

You can also modify number of sidebars in theme options!

Hey Everyone! Just wanted to say thanks for checking out my blog. Hopefully you'll take a look at some posts and let me know what you've got to say by leaving comments.